The yearly loss has hit the Betfred Company despite the tireless effort to increase the revenue. The loss amounts to a total of  £13.4 million. 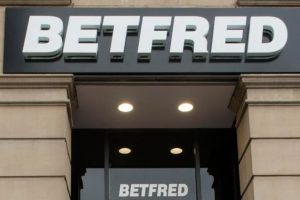 Analysts had earlier estimated GBP 90 million and a 3% improvement annually of the player base that is growing. Despite all the expected value, the Betfred made incredible loses.

Regulus partners reported that revenue earned online by the Betfred company increases on a yearly basis by 3% to a total of £90 while that of Tote hiked by  £12 to £329m.

Moreover, the Betfred enjoyed a profit of £32.4 m in the last year. However, despite the great success achieved in the fiscal year, Betfred is hit by an eight-figure loss. The company, therefore, blames the reduction of the goodwill on the digital assets that were impaired, higher duties of gaming, as well as rising costs for the, losses they made.

The improvements on the revenues came through the company’s efforts to add betting shops, the Totepoool business of signing a blending deal with the Jockey Club of Hong Kong and the rise of the online customer base that is unspecified. Furthermore, the anti-gambling suspects found in the United Kingdom media reported that the founder of the Betfred Company has chosen to take £10.2m dividend per year just like the divided he took up last year.

Regulus partners who are analysts predicted some of the challenges that are to face the Betfred Company as a result of the government’s plan. They suggested that the regulation changes that are to be implemented FOBTs will significantly affect the company’s revenues.

Therefore, the media notes that the Betfred Company reported that it is going to shut down nearly 900 betting shops and also fire around 4500 employees if the government implements its plan to cut the final Fixed Odds Betting Terminal stakes (FOBTs) from £100 to £2. The proposal by the UK government is meant to solve the problem of gambling.

Regulus Analysts reported that 83% of the company’s earnings are generated at the retail operations where the FOBTs reside. If the government’s plan will be executed, the FOBTs has to exert pressure on the Betfred Company. Out of this report, the Regulus Partners suggested that

Despite the underlaid plans by the government to reduce the maximum stake on the Fixed Odds Betting Terminals (FOBTs), it has announced that the stake cut will not take place until the year 2020.

Fred Done the founder of the Betfred Company, during the last year in September, he announced of a broken association with the racing industries because of the many years of continuous disagreement between the betting company and the racing industries. During the last month, Fred declared a deal with the Alizeti Capital to be the initial stage in depriving its Tote holdings.