Rank Group has reached the £2 million milestones in its fundraising efforts. Employees across its various branches celebrated the achievement. 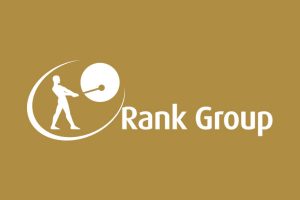 Rank Group which owns Grosvenor Casinos and Mecca Bingo entered into a partnership with Carers Trust in February 2014. According to John O’Reilly, the Chief Executive of Rank Group, charity is at the heart of the firm’s employees. They took up the challenge by signing the partnership that would see the firm (Rank Group) fundraise resources that would then be channeled to Carers Trust for charity.

Since February 2014, employees at Rank Group have devoted their energies to raising money for the initiative. They embraced every idea that they deemed fit by organizing fundraising activities in their local areas.

The money that is collected through the fundraising efforts is channeled to Rank Cares Grant Fund. The money is then handed over to Carers Trust and used in offering financial support to carers who are sixteen years old and above.

The support offered to the carers is aimed at helping remove barriers that the caring role places bring. Additionally, it helps reduce the stress and isolation that accompanies the caring role. That way, carers can access the much-needed break and interact with other carers to share experiences and learn.

In recognition and support of the devotion that the employees were making in the fundraising initiative, a senior management team at Mecca Bingo took up a challenge dubbed ‘Bushtucker trial challenge.’ It entailed consuming a series of unusual foods such as critter cocktails, buffalo warms on a bed of lettuce sprinkled with dry cricket flour, and mealworms. The challenge turned out to be a success as through it the £2 million milestones was achieved. Customers and other employees participated in the critter challenge, hence, its success.

Speaking at the announcement of the attainment of the milestone, O’Reilly honored the staff members for helping realize the goal. He also stated that Rank Group appreciates the work of Carers Trust and that was the reason employees dedicated their efforts to the course. He said, “It gives me a sense of pride to know that collectively we have been able to make such a strong contribution to the charity.”

O’Reilly also singled out the fundraising activities performed by employees and the reception by the society saying “without their dedication and the incredible support from the communities nationwide, such an achievement just wouldn’t have been possible.”

Reiterating the importance of supporting carers, the company through Terry O’Donnell, the general manager at Mecca Birkenhead said that three in every five people in the UK will become carers at some point in their lives. Additionally, an estimated seven million people are already carers in the UK.

The partnership is its fifth year and has already made a mark on carers charity. The money that Rank Group has raised has been used to support more than 9,000 carers access opportunities to learn new skills, essential equipment, and bring socially isolated carers together.

Giles Meyer, the Chief Executive Officer at Carers Trust, was overwhelmed by Grosvenor Casinos and Mecca Bingo team’s effort and achievement of the milestone. “They have gone above and beyond once again, and we’re delighted to continue our partnership,” he said.

Terry O’Donnell stated that the firm would continue the fundraising efforts to ensure that Carers Trust will continue supporting carers.