Interestingly, around 528,000 people stand as gambling addicts in the UK, and 80 percent of them are wallowing in debts that pose a threat to their financial stability. 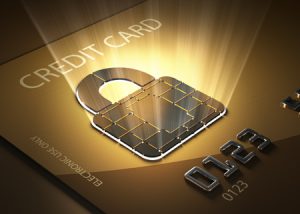 Banks are known to have played a role in in the acceleration of the problem in the past due to the free access that they give to account holders. Currently, these financial institutions are bringing a change to the scenario through assisting the addicts to refrain from drawing money that one can use in gambling.

Gambling addiction is popular for financial problems that the addicts face. To begin with, the addicts use almost all of their money on gambling activities that lure them via the big wins that can transform a person’s life. However, the addict ends in debts, disorderly life, broken relationships and loss of property and other investments. These consequences narrate the ordeal behind the fun and thrill of gambling.

Tony Franklin from Crosby confesses that gambling had almost consumed his adult life investments and his life was a “cauldron of chaos”. The vice had affected his social life adversely, and he is thankful to Starling bank for aiding him in salvaging his adult life. At the moment, Tony is progressing well in life, and he is not worried about maintaining a credit rating that can sustain his gambling activities.

Monzo and Starling challenger banks have come up with a means of blocking a current account holder from using their deposits in gambling. The two banks use an app that blocks payment to gambling merchants, but the banks can unblock the accounts upon a request from the holder and after efforts to convince the holder to reconsider the move. Additionally, Barclaycard can block a customer’s card on request via a similar app to help them avoid using it for gambling purposes.

For the Starling account holders, one has to download a mobile phone app that helps them to block their accounts automatically. All that a person does is to switch on the app, and the account is blocked. If the account holder wants to unblock the account, then they can do so at will, but the app will send an alert to the National Gambling Helpline.

Monzo also uses a mobile phone application that enables its account holders to block their accounts. Additionally, the holders can also contact the bank’s customer service to have their accounts blocked. Importantly, Monzo has to identify certain account holder’s behavioral patterns that are related to gambling. Afterward, the bank holds a tactful conversation with the holder, and then advice them to use GamCare Charity’s directions for downloading free software that allows one to block expenses to gambling sites.

With the Apps, the Monzo bank can identify any dealing with the present merchant codes. If an account holder tries to transact with the listed merchants, then the banks block them from making the transaction. Any account holder who wishes unblock their account has to contact the bank’s customer care, but they have to wait for 48 hours before the unblocking takes place. These steps help an account holder to take time and rethink their decision instead of making an irrational decision of unblocking the account instantly. According to the bank, the steps represent “positive friction”.

The effort from the banks has created a different relationship between a gambler and the gambling provider. Conventionally, it was not easy to have a chat with “the House”, but the banks have made it possible for the two parties to negotiate whenever there is a need for gambling spend raise. This is a milestone in the improvement of controlled gambling and the fight against consequences that arise from gambling.