The former management at Paddy Power Company are the investors that came to the aid of Banach technology search for startup. 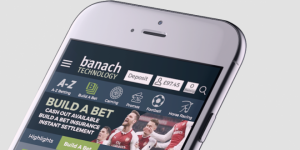 Patrick Kennedy, the former paddy power chief executive office, Cormac McCarthy the Paddy power former financial officer are part of the investors that have aided the €2.2m startup. Another investor s Cormac Barry who has been running the Australian division of the Paddy Power up to this year.

The Banach technology company has roots in Paddy Power in a certain way. Mark Hughes is the company’s CEO and who has previously worked as the former head of Quants as well as the Senior Quantitative Analyst at Paddy Power. There is also another executive in the company including; the managing director Rob Reck who has been a former Paddy power employee.

In his interview to the Sunday times, Reck told the media house that the funding was ‘significantly oversubscribed. The company expects to hire more staff who includes the quants mathematicians as well as the software engineers.’ He added that by the end of 2018, the company will have expanded to up to 30 workers from the current 12 workers.

Banach Technology, which is registered in Dublin offer pricing, product and customer experience systems to different gambling groups. It has offered their services to companies like the GVC holdings, owner of the Ladbrokes Coral and BWin.

Another investor that recently joined the team is Red Tiger and Nick Maugham. Nick Maughan is an industry entrepreneur who founded the Cayetano gaming that was acquired by paddy power in 201. After his service how went forth to found the red tiger going in 2014.

The seed that the company, Banach enterprises acquired, €2.2m, the Banach management intend to develop her product development services. Expansion of her staff as above stated by Reck is one of the main strategies to make this happen.

The company has developed a technology that is meant to revolutionize the game multiple processes. It will as well automate the gaming industry. It seeks to revolutionize the betting accumulator pricing and data. In so doing, this will simplify the multi-bet market complexities for the B2C customers linked to the company.

Through the technology that the firm intends to bring onboard, it will be able to empower her customers to get a structured and personalized bet. The bet will even comprise of the same and related game multiples.

Through the products that the company releases to the customers, it focuses on facilitating and strengthening greater customers experience as well as improved operator margin. This is to happen across all the channels, according to the company press release.

The company has a competent leadership of four members. The chief executive officer is the renowned Mark Hughes, the chief technology officer being Alex Zevenbergen and Handrien Lepretre who is the company’s COO.

The beneficiaries that were to benefit from the new move and the major development of the company’s move are the clients according to the company’s profile. BetBright, GVC Holdings that owns Ladbrokes Coral and BWin and also the Paddy Power Betfair which has the Paddy power brand and Betfair as well as Sportsbet will be the major beneficiaries being the first-hand clients.

One thought on “Banach Technology Raises $2.55m in Start-up”