On 28th of June 2018, Gaming Realms announced that it is considering a plan to sell 70% of its United Kingdom Real Money Casino B2C business to River UK Casino. Gaming Realms develops, publishes, and licenses gaming content in the United States, United Kingdom, Canada, and internationally. 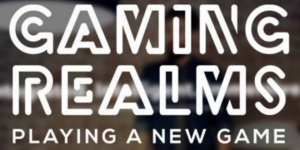 River UK Casino Limited has agreed to purchase the 70% of Gaming Realms’ UK business at a cost of GBP 23.1 million. However, the deal will have to receive approval from certain third-party players as well as a majority resolution from shareholders. Gaming Realms has scheduled a meeting for its shareholders on the 18th of July 2018 and it is expected that they will deliberate on the plan and come up with a way forward on whether to accept the proposal or to decline it.

Following the press statement on the sale proposal, it was clear that Gaming Realms is implementing a plan to restructure its operation so that it can focus on content development and licensing in the international front. By selling 70% of the UK Real Money Casino business, Gaming Realms will only have 30% of the UK business and it will better focus its energies on the international market. That way, it believes it will grow and prepare for a dynamic future.

If the transaction goes through, Gaming Realms will retain 30% of its share capital while River iGaming will have 70% of the share capital issued to River UK Casino.

According to the reports released by Gaming Realms, the estimated price of the deal, GBP 23.1, will be divided and payable in parts. Specifically, Gaming Realms, on its statement, said that River UK Casino will first pay a minimum of GBP 8.4 million of which GBP 4.2 will be paid on completion of the deal (when shareholders approve the sale) and the rest GBP 4.2 will be paid together with the earn-out payment.

An additional GBP 14.7 million is estimated to be paid on an earn-out basis. However, the firm was categorical that it must be paid not later than the 31st of August 2019. Gaming Realms went ahead to explain the formula behind the GBP 14.7 and 31st August 2019 deadline by saying that it has been arrived at by considering the 70% of River UK Casino’s 5.5 times earnings before interest, taxes, depreciation, and amortization for the twelve months’ period starting 30th June 2018 to 30th June 2019. The GBP 14.7 cash amount excludes the minimum payment of GBP 8.4.

Gaming Realms and River UK Casino’s agreement indicates that Pocket Fruity, Britain’s Got Talent Games, Spin Denie, X Factor Games, and associated business will be owned by River UK Casino while Slingo.com and Slingo brands will remain under the ownership of Gaming Realms in addition to holding a minority stake in the enterprise.