The Swedish-owned betting firm, 32Red has been slapped with a £2 million fine. This is due to its failure to protect a problem gambler and also conferring on his VIP status. 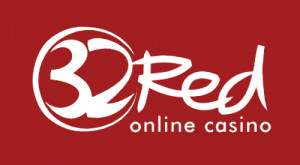 The commission that is charged with the responsibility of regulating gambling found the company complicit in facilitating excessive gambling by one of its clients. In total, the commission noted, there were 22 incidents in which the behaviors of the said client should have been questioned and investigated but never happened.

The betting firm did attempt to defend itself though. It gave evidence to the effect that the problem gambler in question had a monthly income of around £13,000. This evidence was however refuted by the regulatory agencies on the grounds that it was incredible.

Moreover, 32Red it is said only reviewed the account of the said problem gambler after he won a 7-digit amount which he quickly gambled yet again. This served to prove beyond reasonable doubts that the betting firm was, in fact, encouraging the person to gamble more, rather than abetting the practice, as should have been the case.

In light of these, the betting firm was slapped with a further £709,046 fine for the divestment of the financial gain, £1.3m payment to the National Responsible Gambling Strategy, and a further £15,000 to cover the overall costs of the investigation.

While justifying these moves, the commission’s executive director Mr. Richard Watson, had this to say, ‘Operators have to see to it that they take appropriate steps whenever they spot any signs of problem gambling. As such, they have to promptly review all the customers that they do have a high level of contacts with.’

The betting firm did admit its culpability when confronted. Furthermore, an independent third party did also audit the procedures, controls, and policies of the Anti-money Laundering commission. The recommendations made were also accepted and adopted.

There were concerns as to whether the problem gambler may have stolen the money. The commission was swift to respond though that there have been no signs or credible evidence to that effect as of now. Here is what the commission’s spokesman had to say:

‘We are not aware of the source of the gamblers wealth as of now. This is because the operator did not fulfill its mandate to the commission in conformity to the existing anti-money laundering obligations. We, therefore, are unable to comment further on the issue.’

To prevent a recurrence of the same issue in future, a complete review of all the existing active customers was effected. The affected company decided to put in place a behavior monitoring system. This is to detect and respond promptly to any such suspicious activities in future.

An independent third-party audit of AML policies, procedures, and controls with recommendations accepted and implemented. The affected company also ordered a full review of all its active customers against the revised policies.

The regulatory authority also decided to implement a raft of measures to forestall the recurrence of these problems in future. These include the introduction of a group Anti-Money Laundering or Counter-Terrorist Financing (AML/CTF) policy and the integration of the various betting firms to a single platform across companies, among others.

These measures will make it easier for the various operators in the field of gambling to monitor the behaviors of their clients. They will find it easier to share data and investigate any suspicious activities as well. With these measures in place, the likelihood of similar incidents taking place later is very minimal.