The UK gambling commission intends to find measures that will make gambling safer and fairer. To make this possible, the organization has come up with a report called, “raising standards for consumers.” 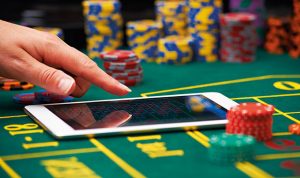 The report covers self-exclusion, customer interaction, unfair terms, anti-money laundering and illegal gambling activities. Operators are required to pay close attention to the lessons that are set in the report. They need to find ways to keep their consumers safer and to make the gambling activities fairer.

According to Neil McArthur, the regulator’s boss not nearly enough has been done so far. “There is also more that can be done to ensure that customers are treated right and that they are kept safe while they gamble. I want to make changes that will start with the companies at the top.”

“We need to make sure that we use the power we have to drive a culture that requires operators to comply with the right rules from the beginning and it needs to protect consumers and drive profits,” he continued.

The operators 32Red Company was the most recently penalized for not complying with these regulations. They had to pay $2.62 million because they were found guilty of money laundering and not offering their customers adequate protection from gambling-related problems. William Hill was also fined in February £6.2 million for the same reasons.

The second largest punishment dished out by the commission was £ 7.8 million to 888 because they failed to protect their customers and their money.

Actions such as this one indicate the steps that the UK government and other regulatory bodies, advisory group and charities have taken to point out and find solutions to the problems in the industry. Mainly, these bodies are dedicated to making sure that underage people do not start gambling.

Recently the UK advertising standards authority recently enforced child protection so that the gambling sites would not be accessible to young children. For instance, the coral gambling adverts that include leprechaun were banned. The animated advertisements were found to be appealing to the under 18 children. Online slot adverts were also banned because they may pop up while an underage person is on the internet and they may be tempted to sign up.

The gambling industry in the UK continues to grow. As of September 2017, the industry has 106,366 employees. It also made £13.9 billion between April 2016 and March 2017. The statistics have also shown that up to 95% of all gamblers often gamble at home.

Companies need to put measures that allow them to notice unusual gambling patterns from their customers. The unusual patterns may be due to money laundering or people facing financial issues as a result of feeding their gambling problems for a long time.

Firms are required to do full background checks of their customers. These checks should show how the customers are getting their money and whether they can afford to pay their bills and gamble the amounts they put forward.

Operators have to put the welfare of their customers first and have an overall financial view of their customer’s right from the beginning. The companies need to check the deposits being put in carefully. If they question the amounts deposited, they need to limit the players or stop them from playing altogether.

The commission works with the advertising standards authority to ensure that operators who defy the rules put in place are fined for targeting vulnerable customers. With the right treatment, customers will not lose their financial stability.