Paddy Power Betfair, a leading gambling company, has announced a 7% spike in its annual revenue. This increase covers the six-month duration that commences from January 1st to June 30th. The 7% increase translates to £867 million (€966 million). 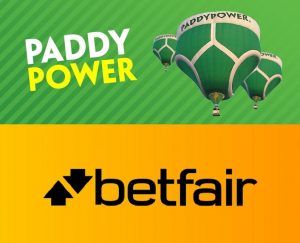 Other than the raw increase in the total revenue, there were also increases in other aspects of the income. For instance, the underlying earnings prior to the interest, depreciation, taxation, and amortization increased by 1%. The increased translated to £217 million in terms of constant currency.

According to the same interim results, the profit before tax of the gambling giant rose by 4%. It hit the £106 million mark in the same six-month period. These results coincide with the first two weeks of the 2018 FIFA World Cup. They do reflect a strong show of resilience on the part of the company as a whole.

As regards these developments, Peter Jackson, the Chief Executive Officer of Paddy Power Betfair, had these to say: “We have been busy and successful over the last couple of months here.” “In those months, we have made some meaningful strides and progress in our pursuit of the strategic priorities. Our trading in the second quarter was particularly great. All our brands and operating divisions contributed positively to our double-digit growth in revenue.”

He went on to say: “Our revenue from the online betting division grow by 13% in the second quarter.” “In Australia, our revenue rose by 19% in the same time frame notwithstanding the significant tax headwinds.”

The American branch of the group, on the other hand, experienced a 20% increase in revenue in the said duration. The company further stated that it did welcome the decision by the government of the United Kingdom to lower the stakes on the fixed odds betting terminals. It argued that the negative sentiments that were meted out to these terminals had an adverse negative impact on the performance of the company.

Going forward, the group anticipates the earnings before interest, taxation, depreciation, and amortization to lie within the range of £460 million and £480 million, prior to the impact of US sports betting.

It acknowledges this as a reflection of the trading momentum. It further expects the revenue performance to even rise after the conclusion of the 2018 FIFA World Cup. The group is however apprehensive of the upcoming additional Australian taxes.

To further solidify this success streak, the group has decided to put in place appropriate expansion measures. Its subsidiary, FanDuel, has entered into an agreement with the Boyd Gaming. This agreement is designed to bolster the co-operation of the two firms in the sports betting marketing of the United States.

These strategies have further been given a boost by a Supreme Court earlier this year that struck down a 1992 federal law that restricted the acts of sports betting. This decision has vested the leeway of regulating betting to the individual states that constitute the Union.

It waits to be seen the extent that these mergers, joint ventures, and acquisitions are going to impact the revenue inflows of the betting firm.

One thought on “Paddy Power Betfair Performs out Spectacularly this Year”